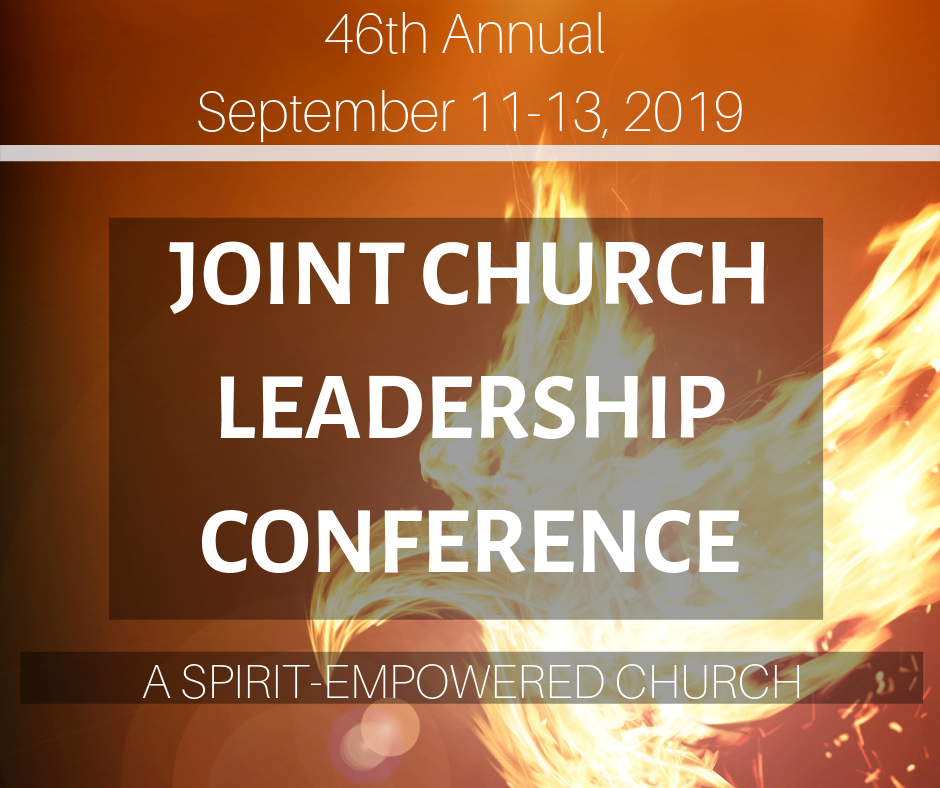 Every year, four unique denominations gather together to worship the Lord and to draw close to Him at the Joint Church Leadership Conference. This year will be the 46th gathering of these denominations. The event will once again be held at Music Road Hotel in Pigeon Forge, Tennessee. The dates for this year’s event is September 11-13.

This year’s format will be different from years past. The event will host three different speakers, all of which will speak to both men and women alike. The speakers are Alton Garrison, Justin Graham, and Beth Stephens-Johnson.

Alton Garrison serves as the assistant general superintendent of the Assemblies of God.  In addition, he serves as the director of the Acts 2 Journey Initiative which helps churches renew their spiritual vitality and reach their full kingdom potential.

Garrison served as executive director of U.S. Missions from 2005-2007; as superintendent of the Arkansas District from 2001-2005; and as pastor of First Assembly of God, North Little Rock, Arkansas, from 1986-2001.  Throughout his pastorate, First Assembly experienced significant growth spiritually, numerically, and financially.  During 1996, he led First Assembly in a year specifically dedicated to missions where the church gave $1.4 million to World and U.S. missions.  Garrison also served as an evangelist from 1968-1985.

He has authored the books:  Hope in America’s Crisis, Building a Winning Team, Acts 2 Church, The 360° Disciple, and A Spirit-Empowered Church.  Johanna Garrison authored the book, Tangled Destinies, an account of her family’s hardships through the Nazi holocaust and an Indonesian revolution and their subsequent immigration to the United States.

Visit AltonGarrison.com for resources from Alton.

Justin Graham is a creative communicator of the Word of God. He presents the gospel in an engaging way, making it relevant and easy to understand, giving listeners a direct application to daily life! He and his wife, Melissa, met at Lee University where they graduated in 2003 and entered into full-time Ministry in Cincinnati, OH.

After spending 9 dynamic, thriving years as Youth & Associate Pastors, God began dealing with Justin about moving back to his hometown to plant a new, life-giving Church! In January 2013, Justin & Melissa followed the call of God to take a huge step of faith and launched The Avenue

Church. What began with 9 people meeting in a community center, within a year became 100. In 2014, they had their first permanent location where

triple the amount of space in a brand new facility to make room for the growth God continues to send! Today, over 2,000 people attend The Avenue!

Their heartbeat is to win the lost, reach their community through genuine & consistent outreach and equip the Church to discover their purpose.

Pastors Justin and Melissa have lived with an Ephesians 3:20 faith, and they’ve barely scratched the surface of what God can and will do in East

Tennessee. The vision and leadership that God has put within them is infectious. The Avenue Church has permanently affected Morristown and

the surrounding regions through its authentic evangelical approach to unapologetically share the Gospel of Jesus Christ.

Beth Stephens-Johnson was born and raised with roots running deep in Pentecost. Both grandfathers and one grandmother preached the gospel, blazing the trail for their families.

Beth accepted the call to preach at the age of 20 and within weeks, preached her first sermon. She has now shared the gospel for over 25 years all over the United States and abroad.

Beth has always strived to follow and accept the Lord’s direction in her life, so she was delighted that He put a very special man in her life. On June 29, 2013, she became the wife of Curt Johnson. They are very excited about the plans God has for them as they work together in His Kingdom! Since the beginning of their marriage and their work together for God, God has been stirring their hearts to simply preach the Gospel and pray for healing for the sick.

Whenever He sent His disciples out, “He sent them to preach the Kingdom of God, and to heal the sick” ­ Luke 9:1. Already, signs and wonders are confirming the Word of the Lord! As she and Curt go forward, there is great anticipation and expectation for what God is going to do in this new season!

Visit BethStephens.org for resources from Beth.