The Congregational Holiness Church serves in more than 34 countries around the world. There are approximately 10,000 overseas churches and missions with over 15,000 workers. Workers are trained through Extension Education Training. The World Missions Department supports orphanages. Bible schools, church construction projects, and national workers. We provide vehicles for national leaders and are engaged in an extensive Bible distribution program around the world. The City of Refuge street kid’s orphanage in Honduras is a facility to feed, clothe, evangelize, and educate the many homeless children in San Pedro Sula. Active opportunities exist for individuals to minister on the foreign field through MOBIL (Missions Overseas by Involving Laity) construction and medical teams. The World Missions and Mission USA Departments jointly sponsor youth mission trips. The Executive Director of World Missions administrates the overall world mission program of the Congregational Holiness Church.

It was 2,000 years ago when Jesus told His disciples to go into all the world and preach the Gospel. From that day until the present, the church has been involved in carrying out the command. From the earliest days of the Congregational Holiness Church, we have heard the call. As we lift our eyes and look upon the fields, we see that while much has been accomplished, there is still much to do. With your help, we can touch people for Jesus in regions where the Gospel is not as freely preached as here at home. Rev. Scotty Poole serves as our World Missions Executive Director. 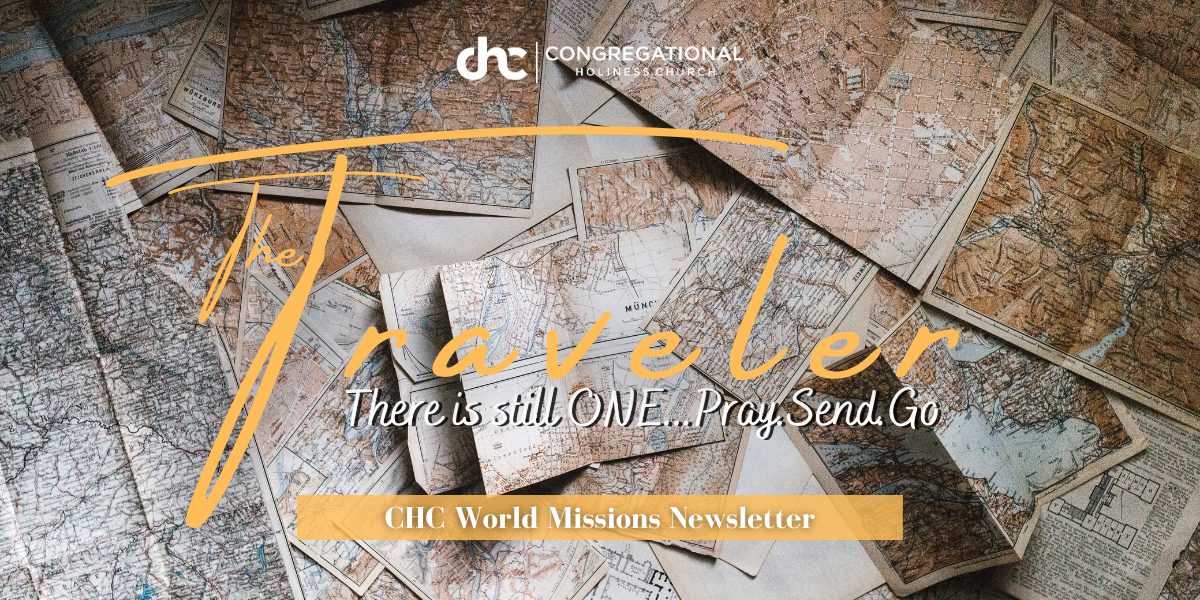 Learn More About Our International Ministries 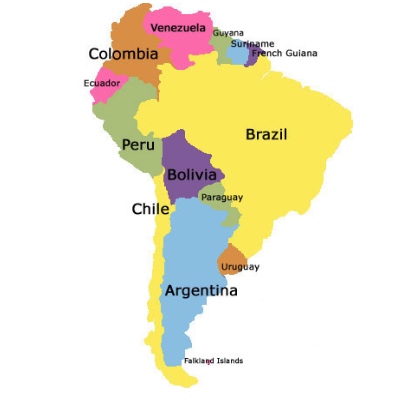 It Started with One!

In January I visited our Church in San Luis and Santiago, Cuba.   I was privileged to get to help with a baptism service in the first CH church established outside of the USA.  This church is an active, vibrant, and growing church and what an honor to be a part of such a special service.  Also, while there we visited several “House Churches.”  These are simply people’s homes that they have opened to become a church. As they grow in number, they out grow their place of meeting.  At this point, a group from the church will find another home to meet in and begin another House Church.  One House Church we visited has established five other House Church from their congregation and is now planting one on a village 57 kilometers away.

This may seem strange to us in the USA to have church in such a manner.  But this was birthed out of necessity rather than choice.  The difference in Cuba and the USA is the freedom to start and build a church as God leads.  There is much more control on the people of Cuba in building churches, so they adapted by starting house churches.  Its amazing that rather than stop spreading and sharing the gospel when they faced seemingly overwhelming obstacles, they rather chose to find ways around the obstacles. From the founding of the church in Cuba in 1955 until the CHC Missionaries, Hugh and Louise Skelton, had to leave in 1960 the church grew.  From 1960 until the early 90’s the CHC Cuba had no interaction with the CHC in the USA but it still grew.  We are now getting more opportunity to be a part of what they are doing in Cuba.

Hugh Skelton said that he asked God to allow him to see at least 100 CH Churches outside of the USA before he died. Hugh is now 89 years young and can say he has seen thousands upon thousands of CH Churches established throughout over 30 countries throughout the world.  But, it began with one church in Cuba.  Even with all the struggles in the early days and the struggles the Cuba churches face from within their country they never gave up and they trusted God to bless the work of their faith and hands.  The Bible says despise not the day of small beginnings. We should never look at what we are doing in the moment as the definition of what God wants to do with us. Otherwise what we are currently doing will be as far as we will go.  CH World Missions could have been a few churches in one country but because of the faithfulness of God and of the men and women willing to serve we are many churches in many countries.  But we must never forget that it all began with one church in one country.  Out of one, many were born.

In November, we continued collecting Christmas Shoeboxes and food for West Virginia.  Because of the likelihood of inclement weather the West Virginia mission was only attended by a few of our churches but was a great success with over 300 families being served food and the gospel.

In December, I travelled to Fortaleza, Brazil with Hugh and Allen Skelton to help minister in the Ceará Leadership Conference lead by Rev Edimar Cordeiro , the South American Continent Representative and the Superintendent of Brazil.  In this conference, over 200 leaders earned their certificate for their leadership training.  Many were licensed and ordained as CHC ministers in Brazil.  A charge to carry the Gospel was given to these and they were sent forth in prayer.

Once back in the states Antonio Gonzalez and Eliud Pena traveled to Griffin to drive the Christmas Shoeboxes to our churches in Nuevo Laredo and Reynosa, Mexico.  We sent over 3000 shoeboxes to Mexico and West Virginia.  Pastor Antonio reported over 20 salvations at his church’s shoebox give away.

I also visited with Superintendent of Mexico and Central America Representative and his wife, Jose and Mary Rubio, in McAllen Texas after Christmas.  I was able to visit with pastors from Nuevo Laredo and Reynosa Mexico on this trip.

In January, I went to Morelia Mexico with Wayne Hicks, JD Sosbee, Lanier Martin, and Don Del Nero.  We participated in a Pastor’s conference as well as preaching in several churches in the area.  Pastor Elias Magana and his family served as our host on this trip.

We hosted the 1stAnnual Mission of Missions Revival at Pirkle Campground.  This was a time of direction and worship. The ministers were Beth Stephen-Johnson, Billy Smith, and James Dew.

To close January, I traveled to Cuba with Bishop Hanson, Bobby Griffin, Curtis Gilreath, Jerry Shook and Tirzo Kolfin of Aruba joined us to serve as interpreter.  Arriving home Thursday evening, I left on Friday to attend North Georgia District Winter Renewal in Gatlinburg, Tennessee, where I was able to promote our missionary internship program and our SmYle summer student mission trip to Honduras.