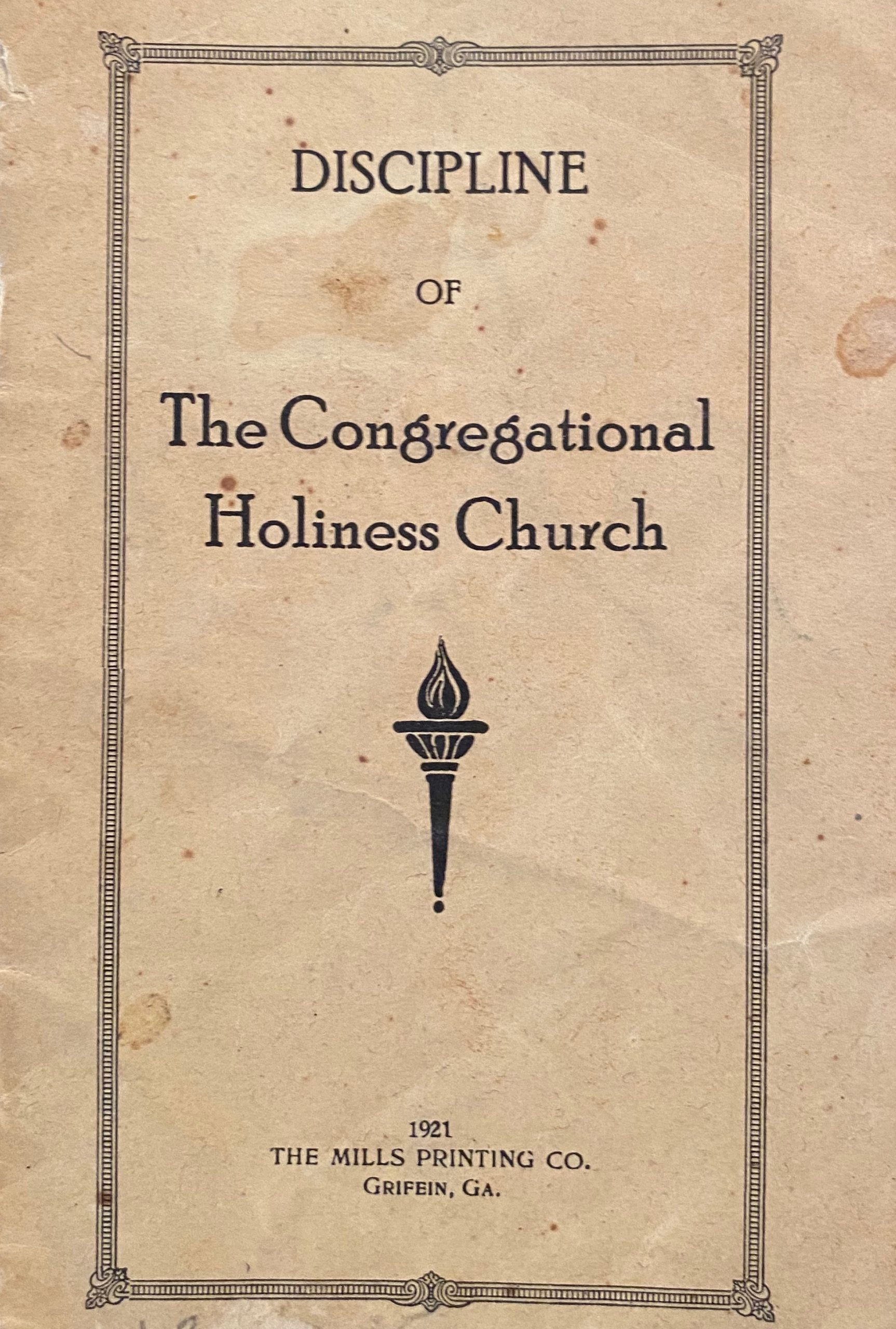 Written records of those early days are not as abundant as I would wish. Our earliest document is a letter that was written on June 2, 1920, to the leadership of the Pentecostal Holiness Church in which a group of leaders and ministers expressed their grievances. Obviously, numerous other meetings occurred prior to the January 29, 1921 meeting in High Shoals, but for the most part, we are left with only speculations of when they occurred and what happened. We do know that the name, Congregational Holiness Church, was already determined prior to 1921, because it shows up in an old East Griffin Church document dated December 5, 1920.

Details as to how many meetings occurred after January 29, 1921, are also scarce, but on November 17 – 19th, 1921, they met once again at the High Shoals Church and forged the first Church Discipline which contained their sentiments with respect as to why they felt compelled to leave the Pentecostal Holiness Church, along with our Articles of Faith, Church Ordinances, Conditions of Membership, as well as the Policy and By-Laws of this newly instituted organization. This first document was a scant 14 pages long.

A meeting was held annually for the first several years, with a Moderator being elected when the meeting was convened. Among those who served were Watson Sorrow, Hugh Bowling, G.W. Price, T.B. Hoard, W.J.A. Russum, B.L. Cox, and W.L. Myers.

Rev. Watson Sorrow began composing a paper called “The Gospel Messenger” in late 1923, with the first issue being published in January 1924. The first issue was four pages long, and the yearly subscription was just fifty cents. Brother Watson did not own a typewriter, so he would drive from Abbeville, South Carolina to Nicholson, Georgia, where Jewett Barnett would type up the copy for him. Although first published independently by Brother Watson, in 1925, it became the official magazine of our denomination.

In 1925, Robert Brownlow donated five acres of land near Cleveland, Georgia, for the purpose of establishing a campground. From the first camp meeting services held at the Union Grove Campground, other campgrounds were soon constructed in Alabama, North Carolina, Florida, and Central Georgia.

Though organized in 1921, the denomination was not officially chartered until August 25, 1925. It was registered at that time as “The Southeastern Association of the Congregational Holiness Church.” The charter listed Lincoln County, Georgia, and the Martin’s Crossroads Church as the principal place of business of the corporation. This choice may have been made because Martin’s Crossroads was the first newly organized church after the new denomination was formed, and Brother Watson Sorrow lived in that area during that time. The Martin’s Crossroads Church served as the General Headquarters until August 14, 1965.

Until 1935, all the business operated under the heading of the “Georgia Conference.” Due to the growth we were experiencing, it became necessary to form the Alabama and Carolina Conferences. Each of these districts elected a Judicial Presbytery, known in those days as the “Standing Committee.” These committees had no power to ordain. This function was still reserved for the General Committee. The General Committee at that time was comprised of the General Superintendent, along with the members from each District Standing Committee. 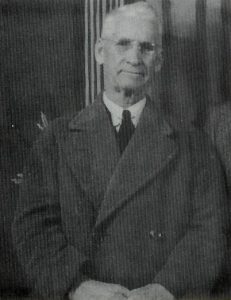 What we now know as the General Conference was also established, and they began to meet every two years. In 1938, Rev. Joe Sorrow, brother to Watson Sorrow, was elected to serve as our first General Superintendent.

It was during these early years that steady progress was made. Various departments were organized for men, women, and youth. Several periodicals were also published to keep our constituency informed. We will look more closely at that in our next edition and how we began to reach around the world.

Director of History and Archives